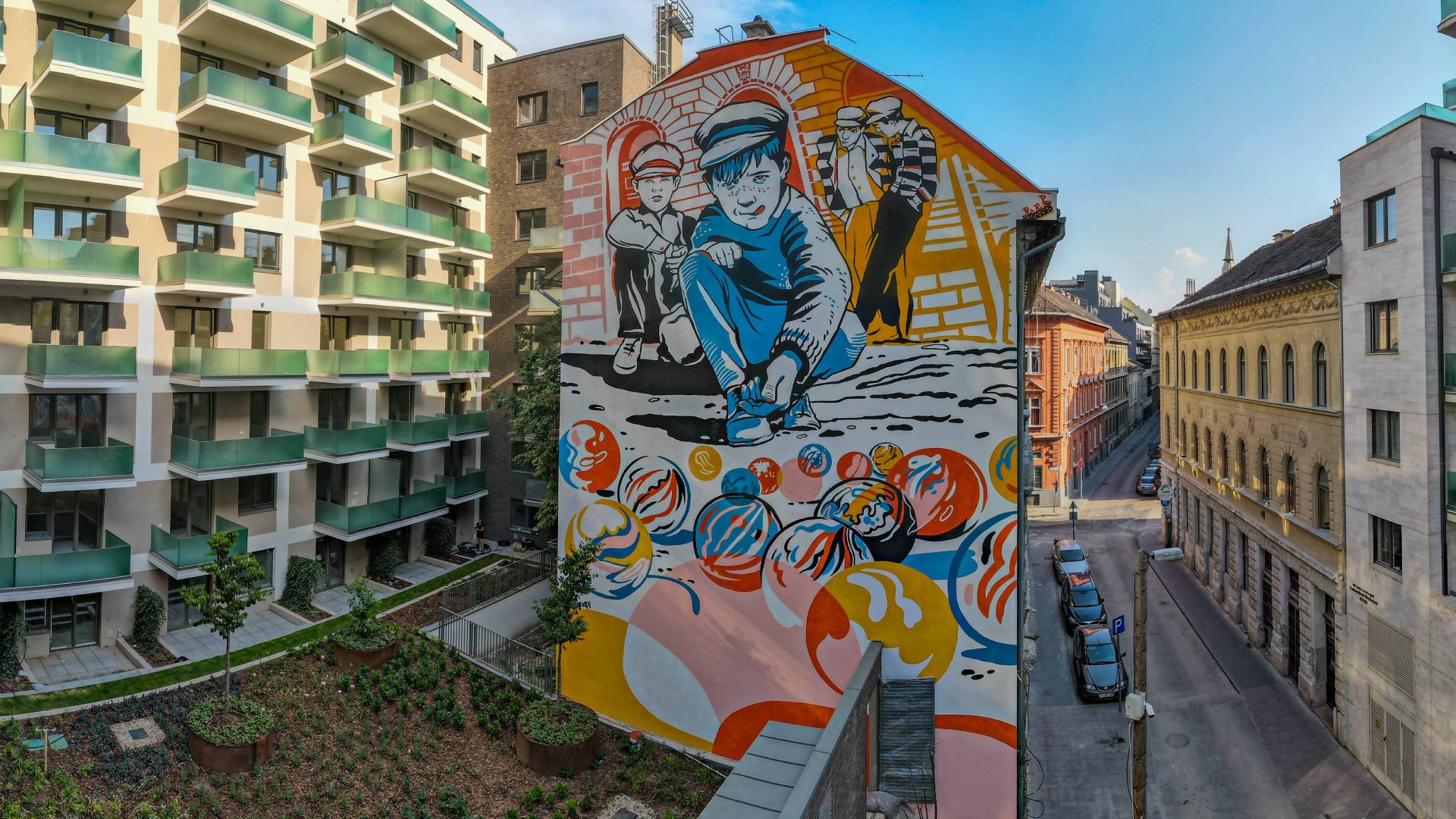 The second phase of the last residential building along the Corvin Promenade, the Grand Corvin by Cordia, will soon be handed over. The completion of the building marks the end of one of the most important chapters in Central Europe’s largest urban renewal project. The development, which has been ongoing for more than a decade, is one of the company’s most important project, therefore Cordia has decided to pay a tribute to the district and the work of the past decade by painting a scene in cooperation with Színes Város Csoport (Colorful City Group) from a literary work that is iconic for the district, The Pál street boys (A Pál utcai fiúk), on the firewall next to Grand Corvin 2.

For more information about the project, pictures and time lapse video, see the Szeretlekmagyarország.hu article below.

Back to the news

With the cornerstone laying ceremony, Cordia has begun its latest large scale urban regeneration project, the revitalization the site of...

The Grand’Or, Cordia’s new and special downtown development has been handed over

After obtaining the building permit, Cordia has started the construction of Jade Tower, its first luxury residential real estate project...

You are successfully subscribed to our news letter!

Thank you! We process offer requests on a first come, first served basis. Our sales team will soon be in touch with you on your contacts below: , , addig szíves türelmét kérjük!

If you have requested an offer from us, please also check in the spam folder.

Full name:
Reason for wanting to buy a property:

Name of the residential park: Universo
Name of the apartment:
Number of rooms:
Amount intended for the purchase of an apartment

We have sent a confirmation email to the address you provided. Please check your inbox and confirm your request.